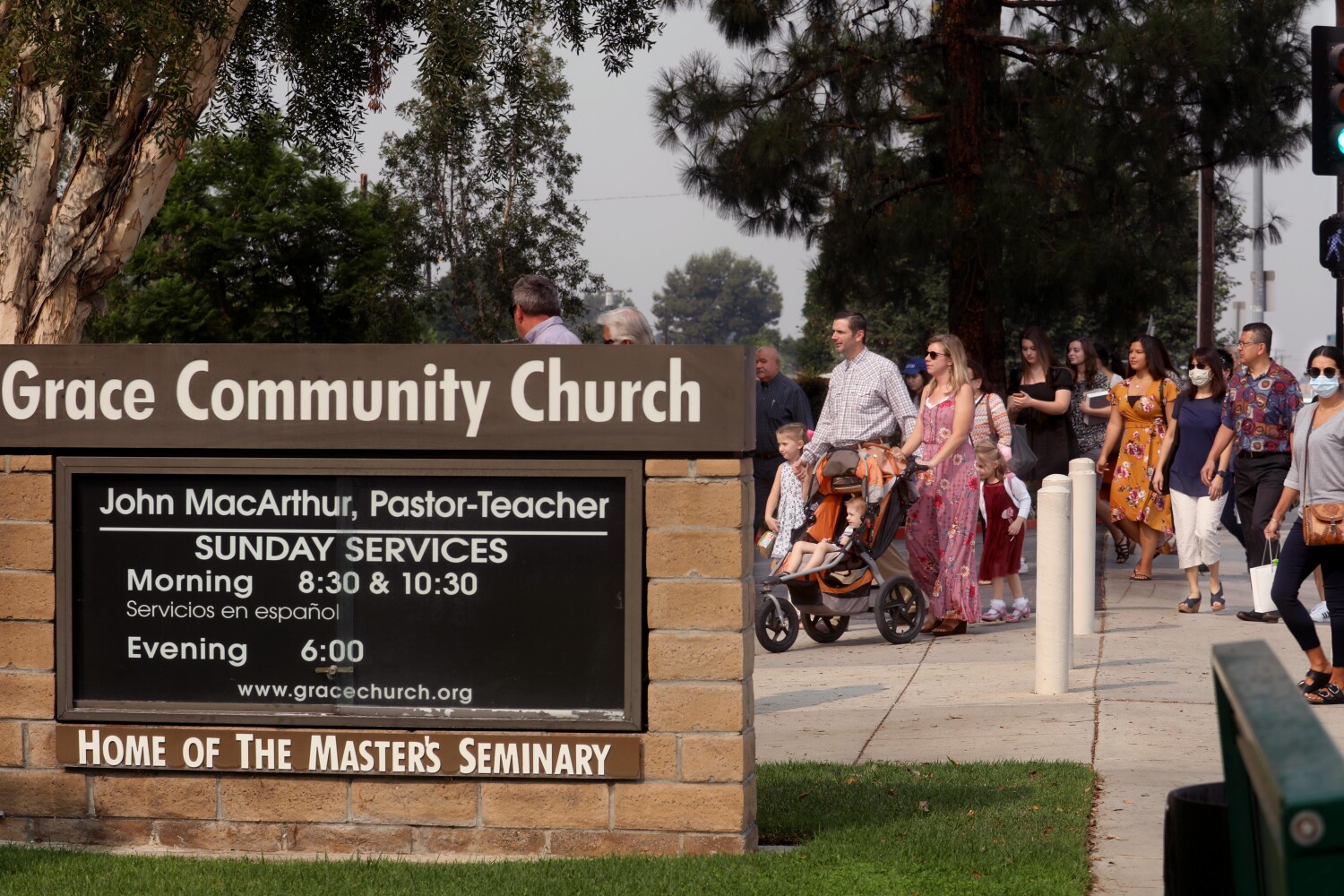 An evangelical megachurch in Los Angeles that has defied L.A. County public health orders and held indoor worship services for the last several weeks has been struck with an outbreak of the coronavirus, public health officials confirmed Thursday.

Public health officials are investigating the outbreak and said they will work closely with the church to help limit transmission of the coronavirus in the church, which has an estimated attendance of 7,000. The county did not provide any further details about whether the cases were confirmed among staff or worshipers. Attorneys for Grace Community Church did not immediately respond to a request for comment.

Under the county health officer’s order, places of worship must report to the county Public Health Department when at least three coronavirus cases are identified among staff or worshipers within a span of 14 days so the agency can determine whether there is an outbreak.

The conservative megachurch announced in late July that it would restart indoor services — despite a county public health order barring any house of worship from doing so. Thousands of people have attended services, with most not wearing face coverings as they sit side by side indoors, or close together outside under a tent, according to public health officials.

Pastor John MacArthur has repeatedly told the congregation that no one from the church has gotten sick with COVID-19 and claims the pandemic threat is overblown. The church does not screen congregants for symptoms before they enter or require them to follow any protocols, according to court records and interviews with members.

MacArthur has been increasingly skeptical of the pandemic, a viewpoint he has shared from the pulpit. He and his attorneys have argued that it is their constitutional right to hold church services and that meeting together in person is a crucial part of how Grace Community Church’s congregants exercise their religion.

Since mid-August, when county officials sued the church, the parties have been in a heated court battle over the church’s unwillingness to follow the county public health order.

The church has refused to follow that ruling, and county attorneys have asked a judge to hold the church in contempt. A hearing on the matter is scheduled for Nov. 13.

County officials said the vast majority of religious institutions continue to hold services either online or outdoors with public health safeguards in place.

“The county went to court only after significant efforts to work with the leaders of Grace Community Church to protect the health of congregants and the surrounding community proved unsuccessful,” county officials said in a statement.