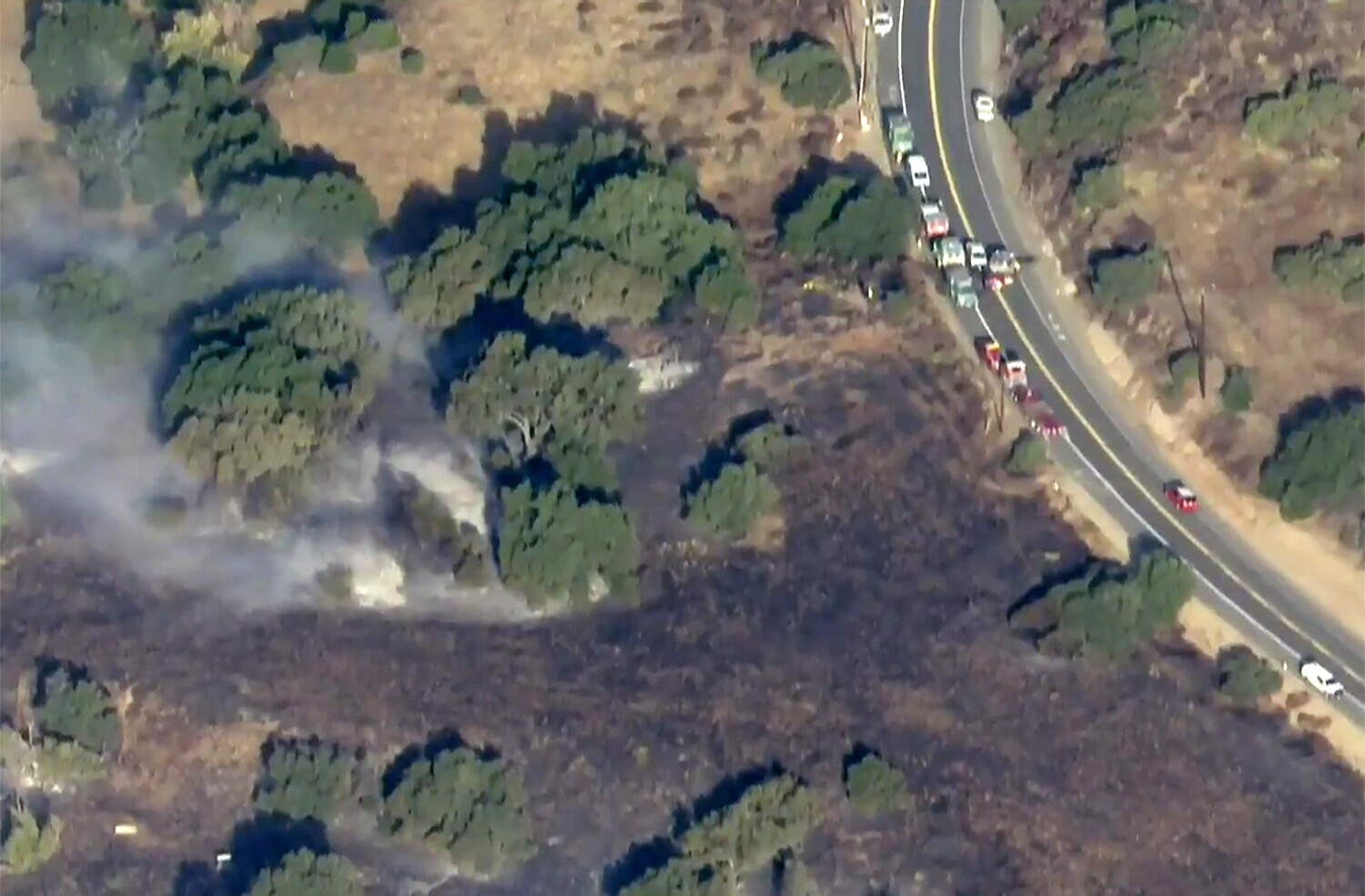 Southern California Edison said it is investigating whether its electrical equipment may have caused the Silverado fire, which has burned more than 7,200 acres in Irvine and caused more than 60,000 to flee their homes.

In a brief report to the state Public Utilities Commission, Edison said it appeared that a “lashing wire” may have struck a primary conductor, and an investigation was underway.

No cause of the fire has yet been determined.

The blaze broke out shortly after 6:45 a.m. Monday in the brush country around Santiago Canyon and Silverado Canyon roads, as Santa Ana winds pushed it west to the suburban edge of Irvine and Lake Forest. By Tuesday morning, more than 70,000 people were under evacuation orders in the foothills.

Two firefighters on hand crews were severely burned as they battled the flames, according to Orange County Fire Authority Chief Brian Fennessy.

The firefighters, ages 26 and 31, were both intubated after suffering second- and third-degree burns over half their bodies, Fennessy said.

Malfunctioning electrical systems have been a cause of some of California’s worst fires, including the 2018 Camp fire in Paradise that killed 85 and destroyed thousands of homes. Pacific Gas & Electric said its lines sparked that fire amid heavy winds.

PG&E filed for bankruptcy because of loses from that fire and others that swept through wine country in 2017.

Earlier this year, Edison said it was investigating whether its lines caused the Bobcat fire in the San Gabriel Mountains. That blaze, which has been burning for more than a month, is nearly contained.