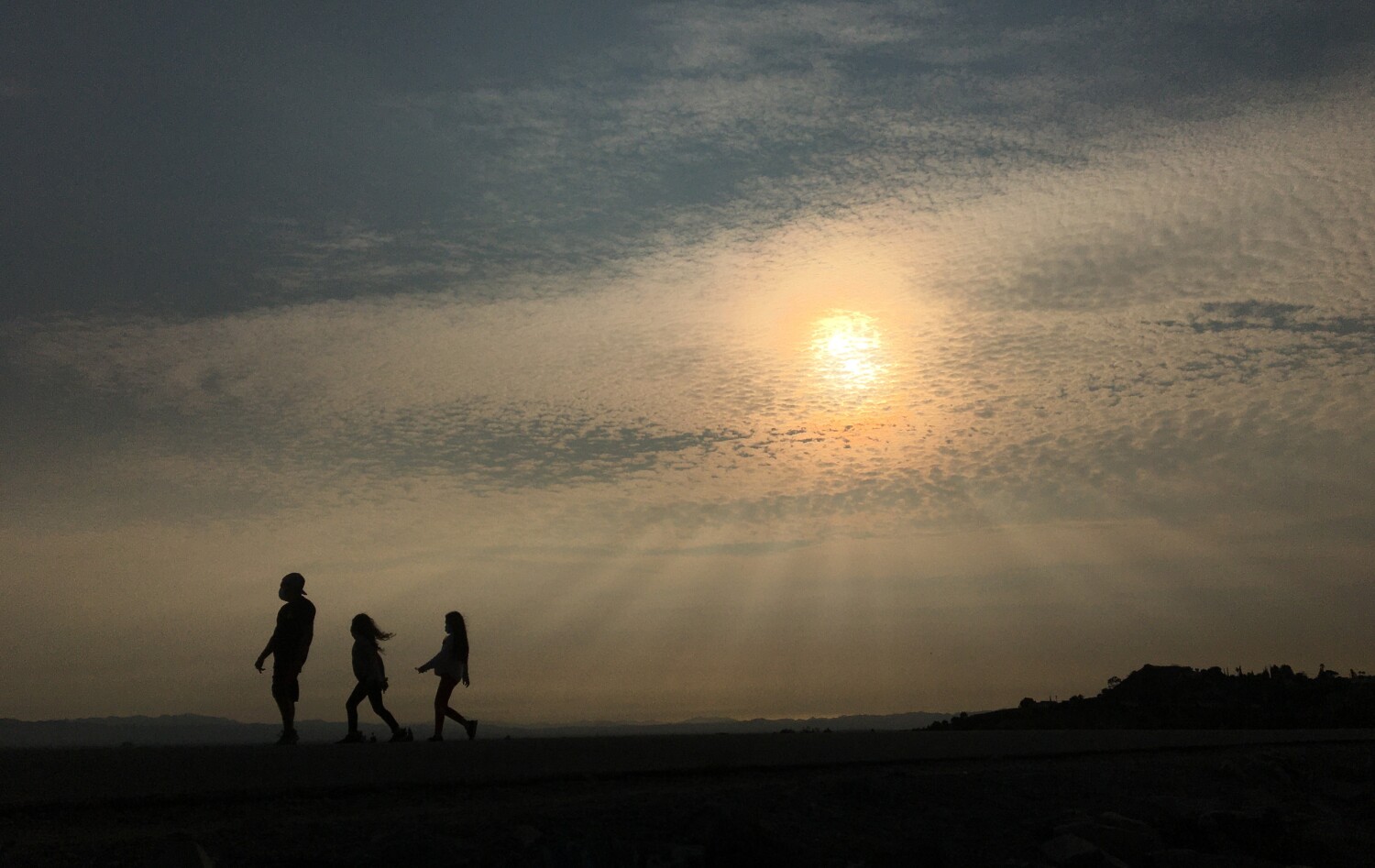 Residents in Los Angeles County can breathe a little easier this weekend, as air quality is expected to improve for the first time in nearly two weeks.

The National Weather Service said Friday that a front of cold, low-pressure air moving in from the northwest will help clear out some of the wildfire smoke that has been smothering much of the region.

“We’re expecting better today, even better tomorrow and through the weekend,” Kathy Hoxsie, a meteorologist with the weather service in Oxnard, said Friday.

The full benefits of the system will be felt in the northern portion of the state, Hoxsie said, but L.A. will receive “enough of the tail that it’ll make a big difference.”

The system will also bring a dip in temperatures — another relief after record-setting heat earlier this month.

But residents eager to get outdoors should wait until Friday evening, or even Saturday, to resume activities, as the South Coast Air Quality Management District has extended its smoke advisory through Friday afternoon.

Moderate air quality readings may also shift toward unhealthy levels during the day.

“It’s about how you feel as a person because we all react differently to wildfire smoke,” said Meredith Kurpius, assistant director at the Environmental Protection Agency’s Air and Radiation Division. People should curtail exertion and outdoor activities if they feel symptomatic at any time, regardless of air quality readings, she said.

The precise timing of the air quality shift depends on how quickly the low-pressure trough moves in, Hoxsie said, although at least some improvement is expected Friday.

“It’s nice to be able to pass along good news,” she said.