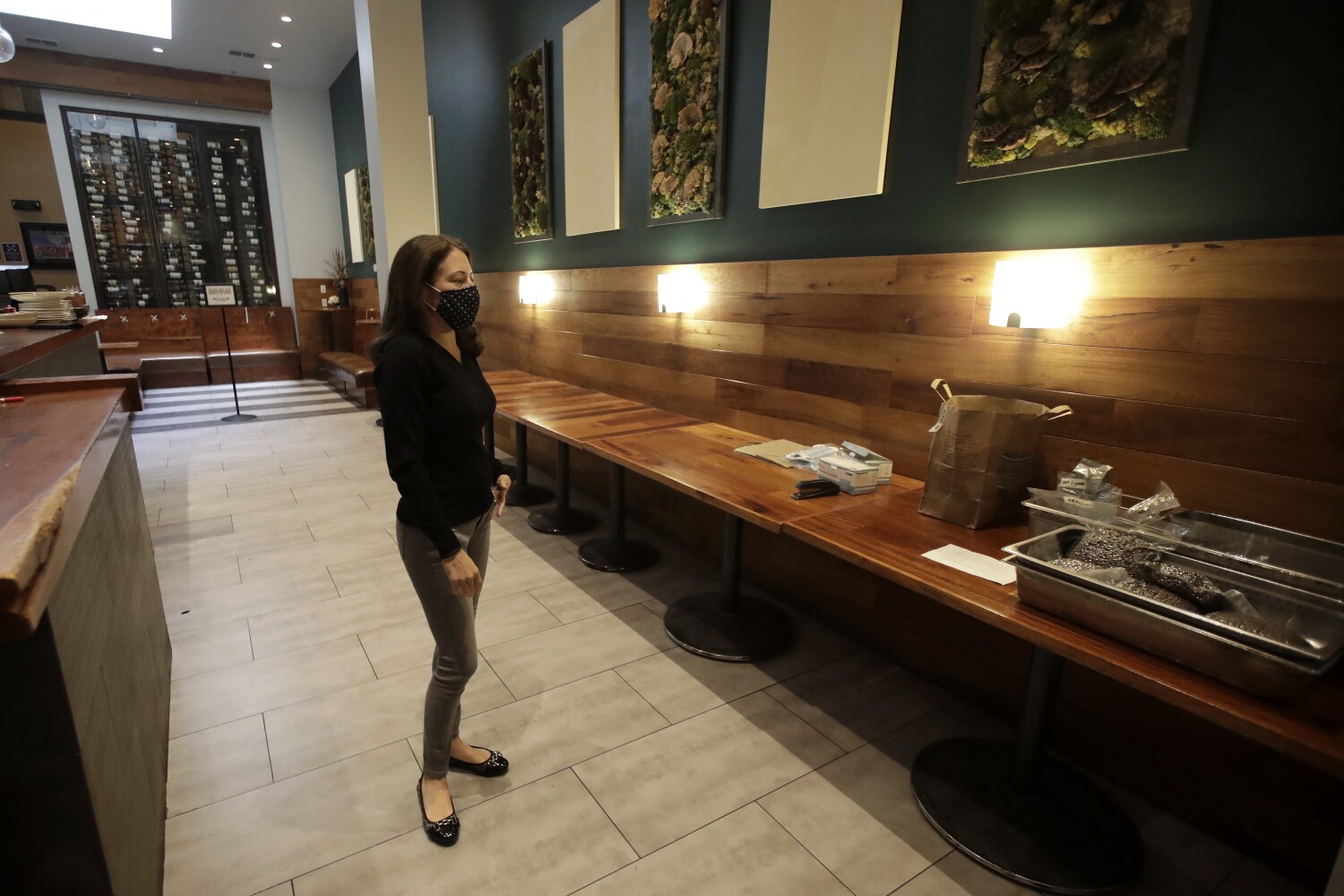 San Francisco will allow inside dining at restaurants when the city moves into the next tier of reopenings, possibly by the end of the month, city officials said Friday.

Indoor dining will be limited to 25% capacity, up to 100 people. The Department of Public Health is working with the restaurant industry to develop health and safety guidelines for the reopening.

“Restaurants have been hit hard by COVID-19,” Mayor London Breed said in a news release. “Many have adapted with takeout and outdoor dining, but they’ve still been barely hanging on and, sadly, some have closed for good.”

California has established color-coded tiers for reopening. San Francisco is now in the red zone, the second most-restricted tier, indicating transmission of the virus is substantial.

City officials said restaurants can reopen for indoor dining when the city moves into the less-restrictive orange tier, which “will occur no sooner than the end of the month,” the release said.

Our restaurants have been devastated during this pandemic, & we’re hopeful that this can provide another small measure of relief while still protecting public health. I want to thank @ggrasf and all of the restaurant owners who have been working with us to create a workable plan.

Under the current system, counties are allowed to reopen indoor dining at limited capacity while in the red tier. However, San Francisco — the second densest city in the country after New York — has moved more slowly than other places to reopen, following its own local health indicators rather than the state’s.

“Our measured approach to reopening is grounded in science and facts, and science clearly tells us that indoor activities come with additional risk,” said Dr. Tomás Aragón, the city’s health officer.

“We must work with the restaurants and business owners to implement strong safety protocols that help mitigate this additional risk and protect the safety of our employees, customers and the community.”