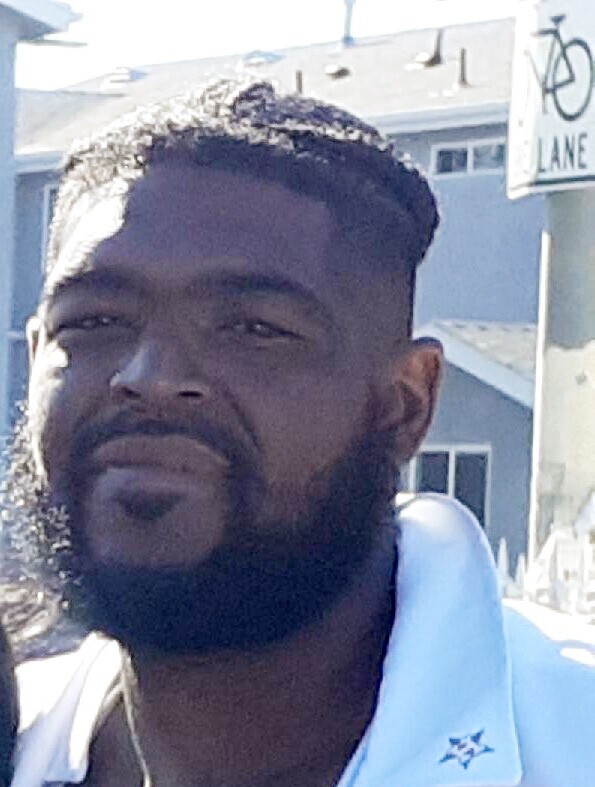 Los Angeles County sheriff’s officials said Dijon Kizzee was riding his bike on the wrong side of the street when he was stopped by two South L.A. deputies in an incident that ended with the pair firing 19 shots at him.

At a news briefing, sheriff’s officials offered yet another version of events of what led up to the fatal shooting on Aug. 31 that has generated national attention and triggered days of protests.

Capt. Kent Wegener said Kizzee made a U-turn in front of deputies, dropped his bike on the sidewalk and ran. As one deputy caught up to him, Kizzee lifted his arms, clothes in each hand. Wegener said Kizzee struck a deputy in the face, and his pistol dropped to the ground.

“He bends over, reaches, picks up the gun and is shot as he stands with the gun in hand,” Wegener said. “You will see that the deputy struggling with Kizzee does not arm himself until Kizzee bends down to pick up the gun he dropped.”

Much of the altercation is caught on video that the Sheriff’s Department provided Thursday. But parts of the struggle with deputies right before the shooting, including the moment that Wegener said Kizzee picked up the gun, are partially obstructed by a wall and difficult to make out.

Warning: This video contains images that viewers may find disturbing. At a news briefing, sheriff’s officials offered another version of events of what led up to the fatal shooting on Aug. 31 that has generated national attention and triggered days of protests.

The new narrative conflicts in some ways with prior versions of events. The night of the shooting, Lt. Brandon Dean said Kizzee dropped a jacket he had been carrying. A handgun fell to the ground, Dean said, and the shooting occurred.

The next day, the Sheriff’s Department said Kizzee “made a motion toward” the gun before he was shot and killed.

When asked about the discrepancy at the news briefing, Sheriff Alex Villanueva said: “It’s not a discrepancy at all — he did make a motion towards the gun,” he said. “He actually recovered the gun and pointed it at the deputies.”

He said after deputies are involved in a shooting, they give a “public safety statement” to their supervisor — that comes before sitting down for an official interview with homicide investigators.

“And that is what’s first presented when they’re trying to give the preliminary information. It’s always subject to change, just like any investigation, and now when we sit down to interview the deputies in detail we get to pick apart the entire thing. And we have a lot clearer picture,” Villanueva said.

The department also released photos of the weapon they said they recovered from the scene and said they discovered a video on Kizzee’s cell phone of him with the gun — with the same serial number — in his pocket. The gun was reported stolen in Las Vegas in 2017, Wegener said.

Both deputies have been interviewed by homicide investigators. The Times previously reported that the deputies involved in the shooting were a trainee and his supervisor.

Najee Ali, a longtime community activist who has been speaking on behalf of the Kizzee family, said Villanueva is trying to “blame a Black man unjustly shot … for his own murder by his deputies.”

“His lies concerning Kizzee are rebuffed by witnesses who were at the scene and saw Kizzee be shot with his hands in the air,” Ali said. “And the tape that Villanueva showed — it doesn’t show Kizzee pointing his gun at anyone.”

Kizzee’s family and activists have said the shooting wasn’t warranted, and his killing sparked days of demonstrations that ended with sheriff’s deputies firing pepper balls and rubber bullets into the crowds.

Those confrontations come amid a surge of protests in recent months over police killings of Black people, including George Floyd in Minneapolis.